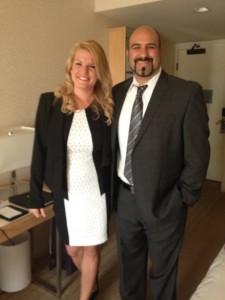 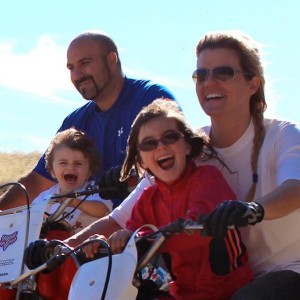 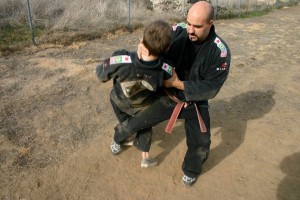 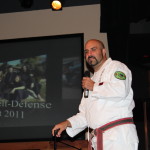 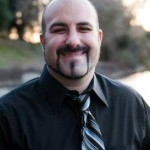 In December of 2017, Mr. Woodall retired from actively teaching at the school. The day to day operations are now overseen by Mr. and Mrs. Theo Schubert. Mr. Woodall also created and designed the R.E.C.O.V.E.R. model of therapeutic self-defense. Mr. Woodall has plans to continue offering seminars throughout the Pacific Northwest in addition to publishing a book on women’s self-defense.

Mr. Woodall has a master’s degree in Forensic Psychology and a bachelor’s degree in Philosophy. Mr. Woodall spent 10 years as a college professor. He taught courses in Criminal Justice, Psychology and Physical Education.  Conrad is a retired police officer for the City of Sacramento Police Department where he served 12 years as a patrol and field training officer. He is a certified law enforcement training instructor for Defensive Tactics, Weaponless Defense, and Ground Fighting. He has also studied various martial arts for over 29 years.

Mr. Woodall has appeared on TV and radio, and as a presenter to private companies, large corporations, and public/private schools as a personal safety expert.

Under his operation, Woodall’s Self-Defense has become the premier school for practical, real-world self-defense skills. Conrad is deeply involved with local victim service agencies in both a preventative and therapeutic capacity.  Since 2007, Conrad and WSD have provided consistent educational training on socialization and gender issues that lead to victimization coupled with physical self-defense skills for both clients and staff of W.E.A.V.E. (Women Escaping a Violent Environment) in Sacramento County and for its Placer County counterpart, Stand Up Placer.

As part of his graduate school work Conrad researched and developed a self defense based empowerment program designed to integrate with traditional therapeutic modalities for survivors of violence related trauma.  As a result he has been referred individual clients from victim service agencies, sex trafficking shelters and the UCD Medical Center Chronic Pain Clinic. Mr. Woodall has spent over 20 years working directly with trauma-based Post Traumatic Stress Disorder patients through his empowerment program.