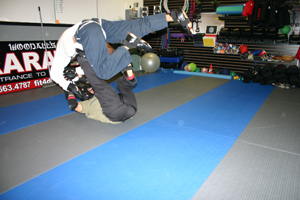 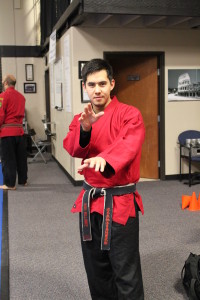 Mr. Willsmore began his formal training in Kickboxing and Boxing in 2003. After two years of formal training he began to look for a program that was more practical and addressed real-life scenarios. He began training in Won Yuen Fa in 2005. Mr. Willsmore has excelled in the program and earned his 1st degree black belt in 2007 as part of the second class promoted to black belt, and his 4th degree 3/13/2013.  He not only teaches on a daily basis, but also assists in almost every sexual assault seminar that we conduct. Mr. Willsmore holds a bachelor’s degree in Social Science from California State University Sacramento, and is a valued trainer for our black belt classes.

Mr. Willsmore was promoted to the rank of 1st Degree Black Belt on July 1, 2007.